Thinking about bodies, it became clear to us that we are not sealed off from the wider world, but are constantly consuming and expelling substances. The list of bodily expulsions is long: excrement, urine, sweat, vomit, ear-wax, hair, sometimes blood or milk, to name a few. Exploring how these expulsions have been historically understood, and how we have subsequently removed them or ‘cleaned’ our bodies, was this term’s captivating topic.

These bodily expulsions (and perhaps even simply reading about them) create a sensation of disgust in many of us. Whilst on a basic level disgust can be understood as an innate survival instinct to avoid harm, this reaction can vary in cultures and in individual people. Dr Rebecca Flemming, senior lecturer in Classics at Cambridge, explained how the Romans were comfortable with using open public toilets, for instance, which were social spaces rather than private areas like they are today.  In our reading group discussion, we asked ourselves whether excrement or blood was more ‘disgusting’. Interestingly, half of us said excrement and half said blood. This, we considered, was to do with our conception of ‘hygiene’ and medicine, since some of us thought that blood was more dangerous because it can carry disease, whilst others of us thought that excrement was more ‘dirty’. From ancient times and throughout the early modern period, medicinal discourse was instead dominated by Galenic theory. Rather than hygiene being about removing dirt from the body as it is today, this meant that hygiene was about removing excrements which were understood as bodily impurities, to keep the body in balance (Cavallo & Storey, p. 240).

Of course, expulsions are not understood in purely medicinal terms, but have long had symbolic or cultural significance. Lorraine de la Verpillière, a PhD student in History of Art at Cambridge, looked at the use of excrement in artwork in early modern France and German-speaking lands. Excrement could be used in Protestant propaganda, often in a gold chalice, to mock the Catholic belief in transubstantiation by suggesting that Catholics did not understand the difference between a useless material and a precious one. German engraver Peter Flötner used a pile of excrement with artistic tools in it as his signature. This, de la Verpillière argued, was a metaphor of poor artistic productions, and it was common for defecation to be associated with the artistic process itself. Jeremiah Garsha, a PhD student in the History faculty at Cambridge, talked us through the symbolic importance of blood. Colonial powers in Africa were understood by local inhabitants as blood suckers, and ambulances were rumoured to be blood-sucking machines. This comment on social change, was later significant in the use of red paint in forms of protest, since it mirrors blood and sacrifice.

The history of all these bodily expulsions is intricately tied to their removal and therefore to notions of cleanliness. In interwar Britain, this link was made most explicitly as the popularity of laxatives boomed along with a necessity to remove excrement from the body so as to remain clean, as Erin Bramwell, PhD student from the University of Lancaster, explained. Notions of cleanliness were dependent on cultural context. In the Middle Ages, for instance, cleanliness was linked to concepts of purity and moral worth. ‘Dirty’ and ‘immoral’ lepers could be helped by ‘godly’ and ‘moral’ women; and the cleanliness, purity and moral worth of the sacrament was emphasised by its white, uniform and smooth appearance. Bramwell argued that the display of medicine chests in bathrooms in the interwar period had a social prestige linked to inner cleanliness. The moral value of cleanliness has also be used in racial discourse, as Mobeen Hussain, PhD student in History at Cambridge, argued. Soap advertising campaigns in late colonial India, like a Pears’ Soap advert which declared that cleanliness was, ‘The White Man’s Burden’, were used to maintain racial supremacy. Soap was associated with whiteness but also, as a modern cleansing agent, with progress. 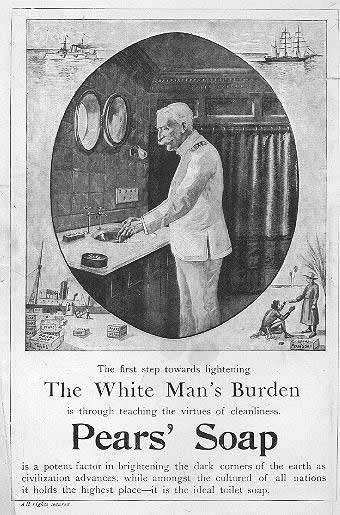 Yet, Dr Flemming’s talk left us questioning the very notion of cleanliness. The Romans, in fact, did not have a word for cleanliness in the way that we understand it. ‘Munditia’ might be closest, but this is connected to concepts of elegance and purity, which is too positive a meaning than our own emphasis on the absence of dirt or germs. Enveloped in Galenic theory, the Roman bathhouse was used less to get clean, than to keep your humours and body in balance, and to socialise in order to balance civic engagements. 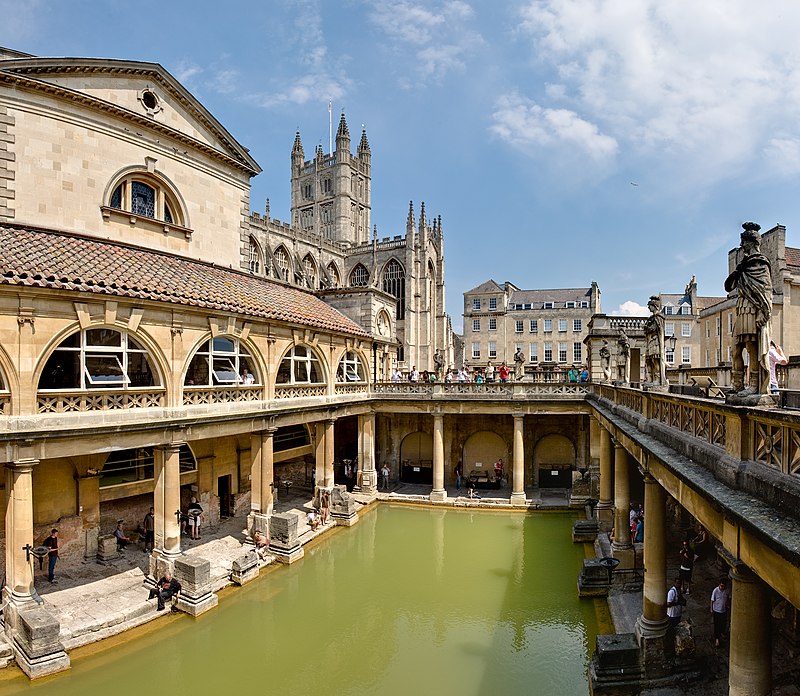 Rather than cleanliness being understood purely as a biological necessity, the removal of bodily expulsions and other ‘dirt’ has been intricately connected to notions of morality, power, and identity across time. Today many people, especially women, conceive of pubic or underarm hair as unclean, for instance, despite the fact that scientific research suggests otherwise. Perhaps this idea comes from historical misogyny or other wider societal forces, but the removal of pubic or underarm hair can still be significant to a person’s concept of their own cleanliness, moral worth, and self-identity. This term’s discussions illuminated some of the complex ways in which our physicality dictates our experience of the world, and the necessity to place embodied experience at the centre of historical discourse.

Many thanks for our fantastic speakers this term – Erin Bramwell; Rebecca Flemming; Jeremiah Garsha; Mobeen Hussain; Lorraine de la Verpillière – and for all those who attended our meetings and joined in the discussions!

Helen King, ‘Female Fluids in the Hippocratic Corpus: how solid was the humoral body?’, in Peregrine Horden and Elisabeth Hsu eds., The Body in Balance: Humoral Medicines in Practice. Epistemologies of Healing (2013), pp. 25- 49.

Virgina Smith, Clean: A History of Personal Hygiene and Purity (2008).

This term we will be meeting via Zoom to discuss our theme, ‘Fashionable Bodies’. Click here to find out more.

Read our reflections on a term studying perceptions and depictions of fatness, fullness, health and harmony here!

The programme for our upcoming conference, ‘”The Ideal Body”: Perceptions of Perfection from Early Modernity to the Present’ is now live!

We are excited to announce the call for papers for our summer conference, ‘The Ideal Body’: Perceptions of perfection from early modernity to the present. Click here for more details. You can register for the conference here.

This term we will be meeting via Zoom to discuss our theme, ‘Policing Bodies’. Click here to find out more.

We are currently looking for graduate papers (20 mins long) for our session on 20th November at 5.30pm. The theme for this term is ‘Anatomising Bodies’. This is an excellent opportunity for graduate students to trial new material in a friendly environment, and to receive constructive feedback. Please send 200-word abstracts to Lucy Havard (lh655) and Niamh Colbrook (neg25).

Tickets for our upcoming conference ‘Waste Not, Want Not: Food and Thrift from Early Modernity to the Present’ are now available!

Read our reflections on a term studying ageing, dying, and death throughout history here!

The programme for our upcoming conference ‘Waste Not Want Not: Food and Thrift from Early Modernity to the Present’ is now live!

Interviewed for Doing History in Public

We were interviewed on our experience doing a History for Schools workshop – ‘Hungry Historians: A Delicious and Disgusting Journey through Time’. Read about it here: https://doinghistoryinpublic.org/2019/05/21/history-for-schools/

Read our reflections on a term spent studying ideas of fat, fullness, health and harmony here!